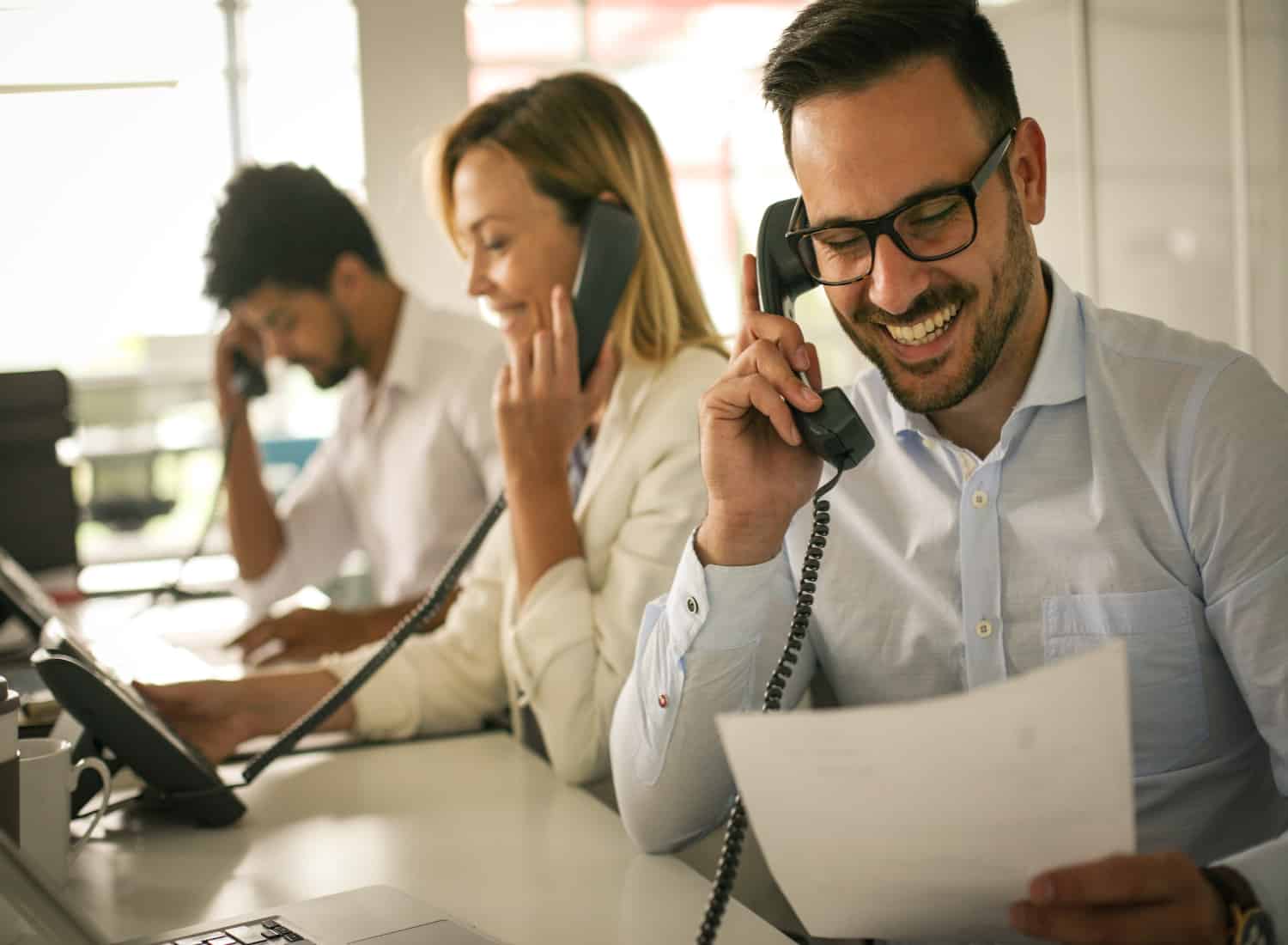 Around 1 in 4 people don’t have a working landline: Is it the end of the line for business handsets?

If – as is very probable –you’ve been regularly working from home for over a year now, you might well have become accustomed to one of the common bugbears of home telecoms: nuisance phone calls. It’s one reason why 40% of people in the UK have stopped using landline phones, according to a survey cited by BBC News.

While 95% of homes had landlines in the year 2000, that percentage has since dropped to about 80% – and, in a quarter of these landline-equipped homes, no handset is attached to the landline. As landline use continues to fade away, is this your cue to avoid using a landline of your own for any business purpose?

Why landlines are increasingly becoming an afterthought

Of course, the ubiquity of mobile calling is one reason for the humble landline’s decline – and there is a clear generational gap in landline adoption. While 95% of people aged over 65 continue to have a standard landline, almost half of under-25s lack any kind of landline in their home.

Many homes now only have a landline because it comes as part of a broadband package, with home-based workers having been required to regularly turn to video calling instead of landline usage. As a result, many fears surrounding video calling have faded away – especially among older segments of the population.

The survey was held in March 2021 and found that even people with landline phones spent, on average, just five minutes a day making calls on these handsets. During lockdown, 27% of the survey respondents reportedly used their landlines less often – compared to 15% whose landline usage increased.

One major reason for the landline’s growing irrelevance was its unwelcome association with scam calls. In the survey, nearly a quarter of respondents said that, when hearing their landline ring, they chose not to answer it due to the high likelihood that a scammer or salesperson would be on the other end of the line.

Is there any reason for businesses to use landlines at all?

Perhaps surprisingly, there might still be some hope for the business landline even in what currently remains very much a work-from-home world. One engineer explains in a Forbes article that they have opted to keep their landlines for several practical reasons that seemingly stand up to some scrutiny.

One of these reasons is that the engineer in question, Fred Maxwell, can have landline handsets set up throughout his home, saving him from having to keep carrying his smartphone from room to room. A well-designed landline phone is also genuinely comfortable to hold, he argues, adding dismissively of smartphones: “A small, thin rectangle with a touchscreen is an ergonomic mess as a phone.”

Nonetheless, digitising your business phone setup wouldn’t necessarily force you to repeatedly use smartphones within the bounds of your home. You could, for example, opt for a cloud-hosted phone system  with which both your mobile phone and fixed handset at home can be integrated, allowing you to smoothly toggle between these two types of phone as and when convenient.

What You Need to Know About Financial Risk Management Software

What is a director disqualification and why should you take legal advice if you receive one?

Ideas for online business – is it legitimate?

Instructing Business: Things You Need to Know Before You Dive In